One of the most exciting things about the New Year approaching is the fact that we can speculate about how the food industry is going to change in 2019. All kinds of cool trends could end up emerging, all of them being essential to get ahead of if you want to be able to make a name for yourself in the world of food next year. Lucky for you, there are a whole bunch of speculations that entities like Uber Eats, Pinterest and a bunch of other enterprises that possess the necessary data are making about food trends that will become prominent next year.

Since there are so many people making their own predictions about the year ahead and many of them have their own ulterior motives for giving specific kinds of predictions, there are a number of trends that have managed to form a consensus of sorts, so it is fair to say that these trends can be expected to become relevant at some point over the course of 2019.

One of the trends that we are going to see involves CBD, the chemical component of cannabis that doesn’t get you intoxicated and is very good for you to boot. CBD infused drinks are already making headway in many parts of the world, and according to speculators they seem set to have an enormous impact. These drinks are going to become more experimental, with several herbs being added to the mix. It is fair to say that there are no drinks like this anywhere else in the world so far so it will be interesting to see this develop.

Another trend that looks like it is going to become even more prominent in 2019 is the vegan trend. More and more people are seeing the consumption of meat and other animal products as unethical. Moreover, many people are starting to consider the very consumption of meat as an unhealthy activity, so a lot of people have moved towards veganism. 2019 is definitely going to see a rise in this trend, with lab grown meat becoming increasingly popular as it becomes more advanced and significantly closer to actual meat. As far as veganism is concerned, the birth of the Impossible Burger in 2018 has led to a huge increase in the popularity of heme protein. This is the protein that makes the Impossible Burger look bloody and so realistic.

Avocados were so popular in 2018 that they became a meme. It seems like the popularity of this admittedly delicious fruit is declining, and it won’t continue into the New Year. In fact, most of the trendy foods of the year such as Flamin’ Hot Cheetos, cold brew, and snacks inspired by Tide Pods are on their way out. These are the trends of last year, and millennial culture seems to be getting more health conscious which means that the aforementioned vegan trend is probably going to become an even bigger player this year. 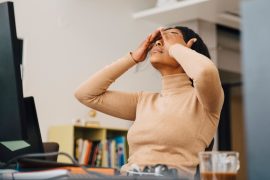 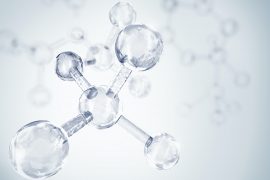 Are Peptides Better Than Retinol?